The municipality of Arundel is served by the 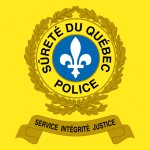 If you are a victim of nuisance outside the opening hours of municipal offices, contact the Police Department of Sainte-Agathe-des-Monts at 911 or number here below. The police are able to enforce municipal by-laws regarding nuisances.

Collect calls are accepted for residents of municipalities served by them.

If you wish to make a request: Request from a citizen or a municipal intervener

The service point in Huberdeau City Hall allows citizens from the western sector of the MRC des Laurentides (including Arundel) to meet a policeman. Do not hesitate to use this service point to avoid travel to the regional office of Sainte-Agathe-des-Monts.

In place since January 1st, 2017, the Régie Incendie Nord Ouest Laurentides (RINOL) brings together the fire departments of the following 8 municipalities:

Municipalities have retained ownership of existing buildings, but staff, equipment and vehicles are now under the direction of the new Board.

Schedule of meetings of the board of directors

First responders are designated individuals with specific training to intervene in emergency situations as determined in the intervention plan of the municipality of Arundel.

First responders are local residents who rotate on a schedule of availability to ensure that there is always an agent available to get to the scene of an incident. The first responder is, most of the time, the first person to arrive on the scene. His/her role is to accompany the victim until the arrival of regional or sub regional emergency services.

The purpose for which a first responder service was established in our Village and region was to significantly reduce the time needed to provide primary care in emergencies.

Due to its rapid response, the first responder will assess the condition of the victim and stabilize him in order to prevent any deterioration of its vital conditions while awaiting the arrival of the ambulance or doctor.

In case of prolonged power outages, blizzards, rain and extreme wind or major accident/incident, it is important to be well prepared.

The fire department, municipal employees and first responders are part of the emergency measures committee.

A part of the preparations for emergencies is to educate people to take preventive measures necessary to ensure their well-being in the event of a situation that could disturb their daily lives.

You should undertake some preparations such as a plan in case of emergency, including an evacuation plan. You should be ready to take care of yourself and your family for a minimum of 72 HOURS. 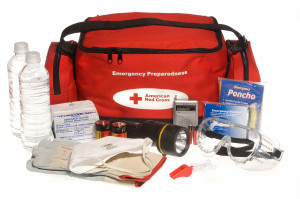 To that end, you should prepare an EMERGENCY KIT containing most of the following items:

We can all benefit from being ready for emergencies. Consult the site www.preparez-vous.ca

In case of fire

In case of emergency, are you ready?

You are responsible for your safety

What should you do after heavy rains or floods?

Living in areas prone to landslides: take precautions in terms of land use

CAUTION is the most beautiful Christmas present!

The municipalities of Amherst, Arundel, Brébeuf, Huberdeau and Montcalm have come together to create the Intermunicipal Residual Materials Board for the West called the RIMRO.

Since the start of 2019, the new board has been ensuring procedures are harmonized and the collection of residual materials.